After a hugely rewarding 2019, I’m delighted to be working for ATP Media at the ATP Tour’s premier events again in 2020, as a reporter/producer for both TV and radio. It’s a new role and it shows more innovation in tennis.

Audio is where my relationship with ATP Media started and I’m looking forward to revisiting three Masters 1000s in Monte-Carlo, Rome and Paris as radio reporter. It’s always a great chance to sit down and chat with coaches, players, former players and administrators in a way that you can’t do in TV interviews, which tend to be shorter. I’ll also be back as a podcast presenter and news voice for the Amazon Echo service.

There’s been more innovation this year on the TV front with a new ‘reporter’ role created alongside cameramen like Brucie Smith (above, left). I’m excited to be involved in the first year of that. It should bring more diversity into the TV world feed and, in a way, it’s an extension of the interview-hungry content we’ve been churning out on ATP Tennis Radio for a few years. You have to applaud ATP Media for wanting to move the needle and keep things evolving.

My first TV trip is an ATP 500, back to the warm and wonderful people of Rio in February. Then Halle, which has just announced a whole new name, and then it ramps up. Toronto and Shanghai will both be firsts for me on the Masters 1000 calendar and finally London for the season-ending Nitto ATP Finals – the last at the O2.

What ATP and ATP Media are doing with their live and non-live broadcast and digital platforms is market-leading in many ways. It’s no coincidence that their OTT platform Tennis TV wins industry awards year on year. I still spend a lot of time helping sports bodies improve their content, so it’s a massive benefit to work at the coal face of such a sophisticated operation because you never stop learning.

The only real unknown is whether Roger Federer will be at the O2. Something I’ll obviously ask him in Halle! 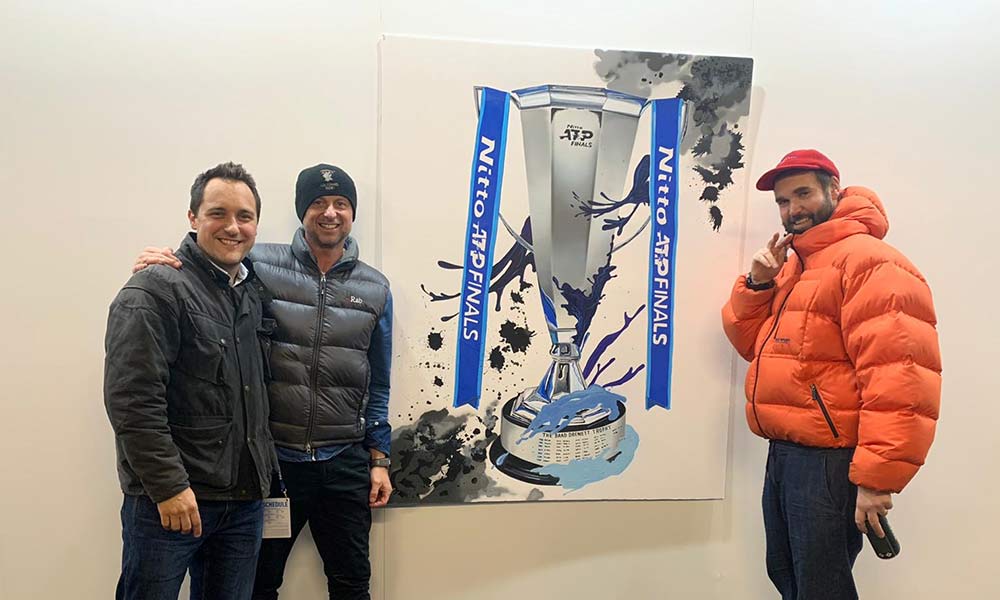